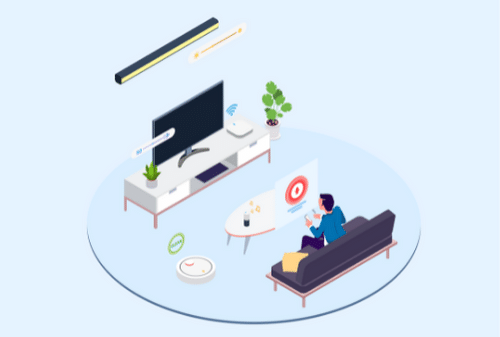 Web 3.0, also known as Web3, will bring vast opportunities for businesses to catch the wave of this new and expanding technology. From the banking industry, to healthcare, automotive, logistics, insurance, gaming, social media, manufacturing, and more, businesses who embrace Web 3.0, the blockchain network, smart contracts, cryptocurrency, and the Metaverse will have a leg up on their competitors.

Talk to a Web 3.0 Developer at Azumo to learn more about how we can help your business get started and catch the Web 3.0 Wave!

With the rapid expansion of technology and ever-advancing infrastructure at our disposal, the internet is now thoroughly beginning to shift. Since its creation, the internet has gone through a range of iterations, slowly adapting and molding itself into the active infrastructure that we recognize today.

Within this article, we’ll be taking a look at the formation of Web 3.0, dissecting what it stands for and how businesses can catch the wave of this new and exciting technology. Let’s get right into it.

Stemming from a term that was coined by Gavin Wood in 2014, Web3 refers to the next generation of internet use. One of the central components of web 3.0 is a decentralized technology, with central authorities that have the power of transactions and interactions being minimalized.

In this case, a central authority is a bank, a government, or a business or Facebook and Google. But instead of having to use an intermediary platform to access a service, the development of decentralized infrastructures allows people to create peer-to-peer experiences. Some view one of the primary benefits of this world as a means to escape censorship since there is no central regulatory body or system to monitor discourse.

Yet, perhaps the most important element of this new system is the fact that the people themselves have more control over their experiences online. Instead of having centralized systems control user data, decentralization places the power back in the hands of the individuals themselves.

This new system has a few central focuses that make it stand out from the previous iterations:

If you’re still not sure what Web3 is, we can best summarize it as a movement. People want more control over their data and online experiences, so they’re creating a virtual world to do so. This all runs on blockchain technology, which is decentralized, meaning that governments and other institutions can’t block or slow down the process.

Before Web 3.0, naturally, came Web 2.0 and Web 1.0. The central defining characteristic of these eras of the internet is where the users sit within these systems.

As you can see, with Web 3.0’s focus on giving power back to the user by allowing them to do whatever they’d like, without the interruption of a regulatory body, this new iteration differs greatly in usability.

Instead of using platforms through which we exchange our data in order to get access to a free service (we’re looking at you, Facebook), Web 3.0 is all about users participating in governance themselves. Instead of being a token of data, Web 3.0 gives users the power to be shareholders themselves in the online experience.

What are the benefits of Web3?

As Web 3.0 continues to develop, a number of central benefits are quickly coming to light. Let’s quickly breeze through three of Web 3.0’s main benefits to their userbases.

One of the main benefits of moving to web 3.0 is that, due to its decentralized nature, it is inherently much more stable than a centralized system. Let’s say that you were trying to access a service but, all of a sudden, the website goes down. Typically, whether it’s due to an internal issue or a server issue, no one will be able to get onto the website.

The difference with decentralized systems is that there isn’t one central entity that ensures up-time on particular services. Instead of one business, government, or institution that’s providing access, the network of decentralized nodes will ensure that everyone can access web 3.0 whenever they’d like.

With this shift to decentralization comes a higher degree of reliability, with much more drastic damage having to be done before a service goes down.

Decentralization has also ensured that access patterns of access have completely shifted. While in Web 2.0, which is driven by commercialization and primarily controlled by tech companies, users may have to pay to access certain services, Web 3.0 is much more accessible.

Just like how dApps cannot be censored due to the lack of a central body, they are also much harder to place restrictions on. This act thus ensures that anyone, no matter who they are or where they’re attempting to access from, will always be able to get on to Web 3.0.

Web3 Gives Control back to the Creators

With industries that are majorly creator lead, whether that be stock images or video content, the middle-man takes the bulk of the profit away from creators. With the development of Web 3.0, users will have much more control over their own content. Instead of having to go through a third-party service to gain exposure or to sell their content, users will be able to sell them directly through peer-to-peer marketing.

This is actually one of the central reasons that NFTs have taken the world by storm. Instead of a system in which people are restricted by middle-man services, NFTs allow creators to mint their artwork and sell it directly. The NFT market has experienced incredible growth over the last 12 months, generating over $41 billion USD in 2021.

The use of non-fungible tokens also ensures that the creator directly owns their content, with ownership being inscribed within a smart contract on the blockchain.

This new era of creator-driven content will ensure that users have even more control of their own content. With this comes more lucrative career paths, greater individualism, and the ability to get around tech giant platforms taking profit away.

How Businesses can catch the Web 3.0 Wave

Many industries will be able to utilize Web 3.0 to make their processes more efficient, and in many cases cut out the middleman to become more self-sufficient.

Manufacturing, finance, insurance, healthcare, logistics, gaming, social media, travel and airline industries, and many more can benefit from Web 3.0 by utilizing blockchain to reduce inefficiencies, cryptocurrency for quicker transactions, setting up automation with smart contracts, and more. Blockchain technology has many uses in these industries such as providing secure records for customers and patients, secure contracts, smart contracts for automation, transactions, and plenty of other applications.

With web 3.0 directly permeating into a range of different areas of the internet, we’ve started to see four central areas in which web 3.0 technologies and customs have become popular.

Let’s break down how these fit in with the grand scheme of web 3.0.

Blockchain is one of the central technologies that support web 3.0, as it provides the decentralized system upon which everything else is built. To put it in simple terms, blockchain is a database of information. But, instead of working forward and backward, blockchain is more like a long chain of information. Each block, or stepping stone, has data inside it that cannot be changed once it is uploaded.

The chain of these information blocks is, you guessed it, why it’s called blockchain. The records created by blockchain are decentralized, with each block becoming an immutable record. While blockchain has given rise to several industries, like Decentralized Finance (DeFi), it, most importantly, lays the foundations for Web 3.0.

Web 3.0 uses blockchain’s decentralized infrastructure enable individuals and businesses to make their processes self-owned, transparent, and holding a greater degree of user power. This technology will soon revolutionize the way we do business day to day.

Cryptocurrency is directly tied to the blockchain, being a decentralized currency through which people can interact, exchange, buy, and sell online. The transactions are much faster and more efficient and cheaper than most banking transactions giving the business a better way to receive payments. Web 3.0, crypto is also anonymous and can be used as an easy way to transfer money through a decentralized system.

Cryptocurrency is the central monetary value of Web 3.0. Cryptocurrency all started back in 2008, with Satoshi Nakamoto designing Bitcoin as a peer-to-peer mechanism of transferring money. Instead of using a centralized system, Bitcoin is directly transferred between two wallets, excluding banks and other centralized financial institutions.

Yet, Web 3.0 crypto tokens have come a long way since Bitcoin’s invention, with there now being 1000s of different coins and digital assets with varying uses. Tying in directly with Web 3.0, some cryptocurrencies are known as utility coins. There are thousands of crypto tokens, and hundreds of Web 3.0 crypto tokens. We compiled a list of some of the most popular Web3 crypto tokens below -

These utility coins allow users to get involved with the governance of decentralized platforms. Users are able to use crypto to directly suggest improvements, changes, or execute actions within dApps (decentralized applications).

Cryptocurrency is currently undulating around the $2 trillion USD total value mark, demonstrating the extent to which these currencies have gained popularity.

Web 3.0 and the Metaverse

While its most common discussion point links directly to the applications of the metaverse in gaming and augmented reality, this industry actually expands into a range of different industries. For example, people have already spent over $500 million USD on metaverse real estate. What this means is that people are buying houses or plots of land that they can live in or build on within the metaverse.

While both Web 3.0 and the Metaverse contain some major similarities, the core difference is about perception. Web 3.0 is about giving users more freedom online and restoring power back to the individual. While the metaverse is moving in a similar direction with technology, its main purpose is to change how people experience the internet.

The metaverse is a virtual world where people can live, create, and interact with each other. By using elements of virtual reality tech, the eventual hope for the metaverse is that people will be able to enter into this digital space with such realism that it will replace things like workplaces and meetings.

So, as you can see, while the metaverse definitely shares some similarities with web 3.0, it falls more into the realm of investment rather than the movement that web 3.0 is.

While web 3.0 is about making a positive change to how people’s levels of agency online, the metaverse is about bringing people into the virtual world.

Web 3.0 is an exciting new prospect in the world of the internet and will have vast opportunities for businesses especially in the beginning stages. While strides are currently being made and technology is falling into place, now is the time to start your research and prepare to get involved.