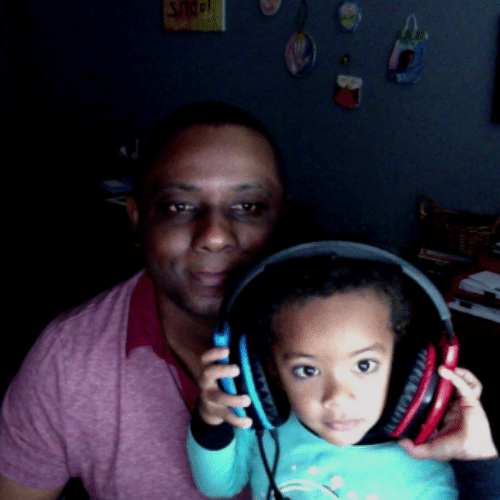 Are You in Search of a Leading Black Owned Software Development Company?

While it often goes unsaid, African American entrepreneurism has helped drive the US economy for centuries.

Black people in America have made several important contributions to the growth and prosperity of the United States. From scientists turned entrepreneurs like Benjamin Banneker and George Washington Carver, to Madam C.J. Walker and Oprah Winfrey, African American founded enterprises have been making a significant impact on American society since long before the United States was founded.

For example, there were black inventors during colonial times - Benjamin Banneker (whom my youngest son is named after) invented an almanac that helped farmers plan when to plant and harvest their crops. He also helped design and build Washington, D.C. Banneker corresponded with a number of American presidents, from George Washington to Thomas Jefferson. His very existence debunked the gross inferiority claims of enslavers and their allies of the time.

Madam C.J. Walker was the first black woman to become a millionaire in America due to her beauty products, which she developed specifically for black women's hairstyles at that time. She built her company from scratch and made it one of the biggest companies in America by hiring thousands of people and building dozens of factories. We can only imagine how many more there would be today if not for the ruinous policies and deadly actions such as the Tulsa Massacre and the many others of its kind that remain untold.

Despite all of the progress that has been made, it is critical to remember that many of the institutional choices made back then have had long-term, seemingly irreversible consequences. Yes, there has been real, meaningful progress. But the impact of private Real Estate policies like redlining and harmful public zoning policies that gashed communities with highways continue to reverberate even today and have had a material impact on wealth creation and generational wealth transfer for black Americans.

As someone who has spent my entire career in tech, it is plain to see how few African American hold leadership positions across software, internet and technology companies. Worse, it is nearly impossible to pull together a list of Black Americans who serve as partners inside influential venture firms responsible for funding the next great start-ups.

But in the words of Maya Angleou "Still I rise"

That's why it's so important that black-owned businesses thrive. They help create more jobs, put people to work, and keep communities strong. This is especially critical as the nation still struggles to climb out of a devastating recession caused by the pandemic and small businesses everywhere face challenges like finding capital and securing loans.

Black-owned businesses already have a hard time getting the financing they need to start up or expand. In fact, black entrepreneurs apply for loans at a rate one-fifth of their white counterparts, and when they do get them, these loans are usually riskier and harder to pay off.

We should applaud firms like Facebook (or Meta) for their initiative to assist African-American and other minority-owned small businesses in obtaining capital by providing loans back by their receivables. Small businesses struggle to find financing and black-owned businesses while having some success and longevity have struggled disproportionately when trying to secure financing for growth capital. As Sheryl Sandberg noted recently, these companies cannot grow if they do not get the financing they need to fund their businesses.

As a black-owned business working as a software development company, we have been fortunate enough to have doubled our business nearly every year since inception. But in that time, we have also had to think critically about how to fund our growth and have made some tough choices in doing so. In our existence, we have also bootstrapped two homegrown software companies.

I founded Azumo with a vision of helping companies of all sizes affordably build intelligent applications. Since our founding we have done custom software development work for companies ranging from Realogy to Discovery Channel. We have developed applications based on blockchain technology and conversational applications that employ natural language processing and artificial intelligence.

Ultimately, our customers hire us not because of what I am, but because of what we can do for them. At Azumo, we are focused on providing nearshore software development services and IT staff augmentation to our customers. We prefer to build modern applications focused on web development, mobile app development, and data applications. To date, we have worked with a large universe of diverse clients from Facebook and Twitter to several venture-backed start-ups and across many industries from financial services to health care to digital media and e-commerce development. We have also worked with a number of emerging black-owned and women-owned start-ups offering them support and advice as a way for us to give back and invest our time in companies who face heavy odds of success.

If you want to learn more about us please connect with us or read more about who we are and what we have done!

5 Things a Unity Developer Can Do For Your Product

Boost Your Search Engines Results Using a Key Insight from our Work with Natural Language Processing and Machine Learning.

What are the Key Components of Cloud Native Applications
JP Lorandi
Written by: JP Lorandi

Need an edge? Run your apps in the Cloud. Read this primer on the components for building cloud native applications.

What are the Advantages to Nearshore Software Development
Written by:

What are the advantages of nearshore software development? Read why the right model can provide your company with access to talented developers while saving you money, time, and more.

Why Should I Hire a Node Developer to build my Web App?
Written by:

Need a node developer? In this blog post, we discuss what node.js is, why you should build your web application with node and what makes for a good node developer. Read on to learn more!

The Ultimate Guide to Data Visualization
Written by:

Looking to improve your data visualizations? Check out this ultimate guide, which covers everything from the history to popular tools and migrations consider considerations. Learn why data visualization is important, how it can help you make better sense of complex sets today

What is Flutter
Written by:

Flutter has a lot of advantages! Flutter is a cross-platform mobile development framework that allows you to quickly build apps for Android and iOS. Created by Google, it is easy to use, has a wide range of user interface components, and is a great solution to build with!

How to Set up a Continuous Integration & Delivery (CI/CD) Pipeline
Written by:

What is Web 3.0 and How Can Your Business Catch the Wave?
Written by:

What is Web 3.0 and how can your business get involved? In this article, Azumo explores the different facets of Web 3.0 and opportunities for various businesses to get involved.

What is a Chatbot
Chike Agbai
Written by: Chike Agbai

Chatbots are designed to process voice and text-based commands and perform predefined actions. They lift our productivity when done right and drive value.

Companies are finding that the Alexa Skill and Google Home libraries are an excellent place to provide useful conversational apps that not only enhance the user experience but also promote their company's brand image.

Many companies are taking the idea of remote work even further, searching for nearshore working solutions. Read on to learn why nearshore programming is the best option for your company!

Is Outsourcing a Good Decision for Your Business? Here are 6 key considerations to decide
Written by:

Still using Traditional IT Infrastructure? We share 6 Benefits of migrating to cloud services
Written by:

Still using Traditional IT Infrastructure? We share 6 Benefits of migrating to cloud services

Are Legacy Technologies holding your business back? Find out 10 reasons to migrate from .NET Framework to .NET Core
Written by:

Are Legacy Technologies holding your business back? Find out 10 reasons to migrate from .NET Framework to .NET Core

Azumo is a San Francisco based nearshore software developer with presence in Argentina, Dominican Republic, and Uruguay. We create intelligent web, cloud, data, and mobile applications that benefit our clients' businesses.

Power Your Application with a modern database and data warehouse
Written by:

Modern database and data warehouse platforms provide scale and the ability to process big data, which is now a common buzzword used by a wide variety of organizations.

Back End software developers can determine the optimal layout for the website, write the code that powers the website, manage the server that collects information from users and create a content management system to house that user information.

Are You in Search of a Leading Black Owned Software Development Company?
Written by: