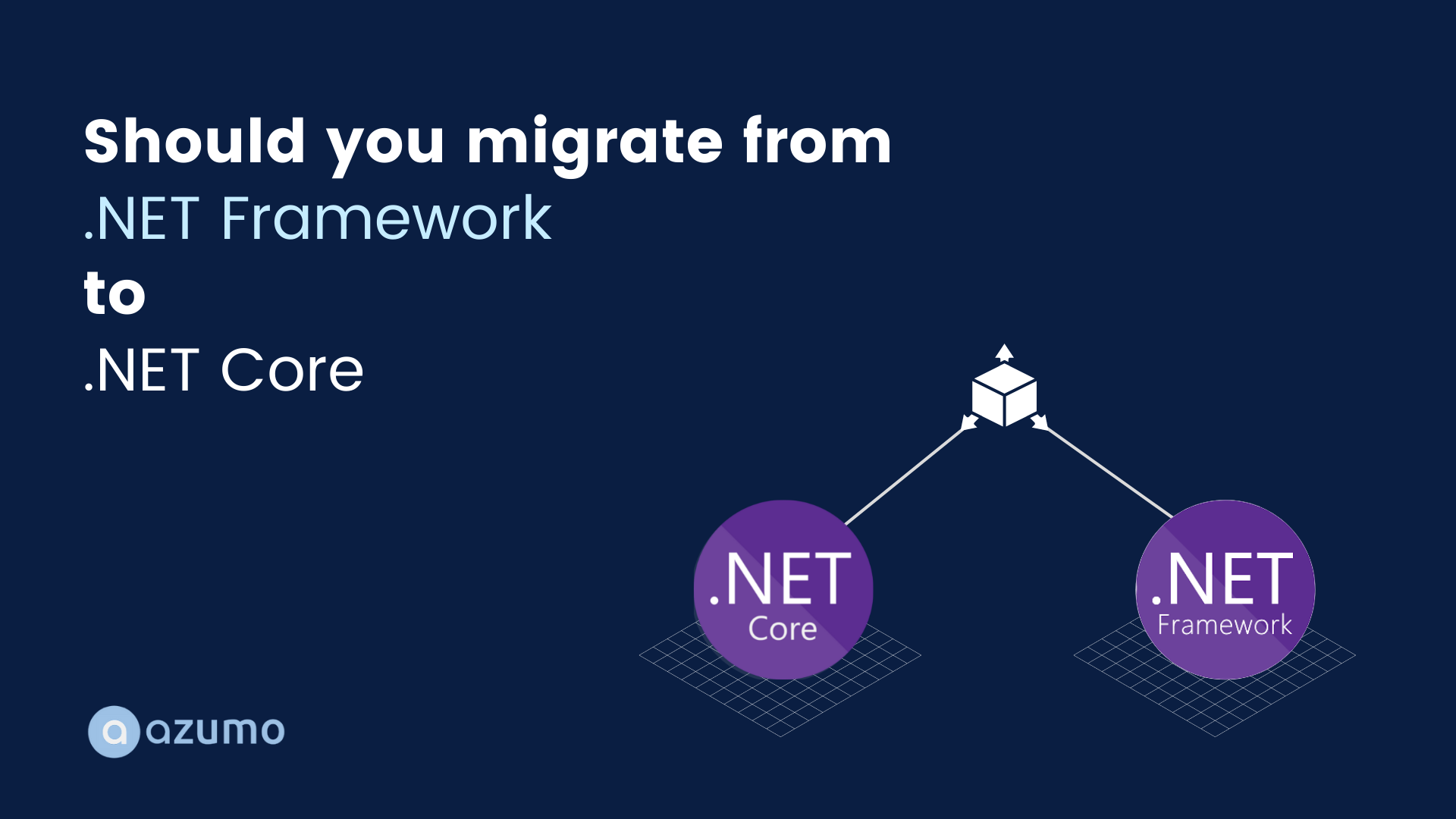 10 Reasons To Migrate From Net Framework To Net Core
Written by:

As defined by Gartner, a legacy system is “an information system that may be based on outdated technologies, but is critical to day-to-day operations.”

Most companies choose to keep legacy systems because they contain historical information stored on them and the very idea of ​​updating them is perceived as an unnecessary investment of time and money. Yes, some systems are difficult to replace, especially those that handle vital business processes, but the truth is that legacy technology can have a damaging impact. That impact can range from customer perception to actual security threat to your organization. Today,  the .NET Framework, unfortunately, is now one of those legacy technologies.

But what does it mean for your business? How does it impact your daily operations?

Starting in November 2021, major Microsoft provided components used in web applications, such as ASP.NET MVC or Web API, will be retired. No bug fixing will be made available and effort towards security patches will start to phase out. For third-party components, the cliff may be even more pronounced.

For instance, DevExpress ASP.NET controls has already started to phase out support for .NET Framework versions below 4.5.2 as of March, 2021.

You will likely face higher support costs from outdated platforms, especially if you use third-party components that could remove support even sooner.

Also, lack of innovation can affect your budget too, for example: .NET Core is cross-platform, so it is compatible with Windows, Linux and Mac operating systems. In those cases where you need to run legacy ASP.NET web applications, you will have the flexibility to choose a Linux server over a higher priced server like Windows.

Today the talent pool for .NET Framework is bigger compared to the .NET Core’s, but that will change rapidly as most developers are more interested in working with new technologies than anything  scheduled for sunset.

In fact, most of the content posted on blogs and youtube channels is focused on .NET Core, making it the framework of choice for new development.

In April 2019, Microsoft released the latest version of the .NET Framework and announced that there will be no new updates to its features. While they offered to continue to support, this only means that bug fixes and security patches will be provided, but there will be no product innovation and no further efforts to make it compatible with new and emerging technologies.

Money, talent, and obsolescence are big concerns for companies today, and they can be made worse if the migration process from a legacy technology to a new one is delayed. Waiting too long will make the leap too big and will likely cause instability issues, which are only addressed in a timely manner when migrating between consecutive releases, as all attention is focused on it and results in relevant updates and fixes.

In addition, .NET Core contains tons of improvements in terms of performance, scalability, flexibility, security, and compatibility over the .NET Framework, but no pressure!

Good news is that we have done this migration before and while there is no magic and some rewrites & reworks are needed based on the complexity of each business; it is doable and less difficult than it sounds. Well, at Azumo we make it that way.

Plus, the benefits are tremendous for your business! Isn't that what we all need to get these days?

featured posts
How Machine Learning Can Automate Your Business and Save You Money
Written by:

Take your business to the next level. Use machine learning to gain competitive edge and disrupt your market. Get started here >

Azumo Awarded 2022 Impact Company of The Year Award
Written by:

Top 5 Questions When Hiring a Unity Developer
Written by:

5 Things a Unity Developer Can Do For Your Product

Boost Your Search Engines Results Using a Key Insight from our Work with Natural Language Processing and Machine Learning.

What are the Key Components of Cloud Native Applications
JP Lorandi
Written by: JP Lorandi

Need an edge? Run your apps in the Cloud. Read this primer on the components for building cloud native applications.

What are the Advantages to Nearshore Software Development
Written by:

What are the advantages of nearshore software development? Read why the right model can provide your company with access to talented developers while saving you money, time, and more.

Why Should I Hire a Node Developer to build my Web App?
Written by:

Need a node developer? In this blog post, we discuss what node.js is, why you should build your web application with node and what makes for a good node developer. Read on to learn more!

The Ultimate Guide to Data Visualization
Written by:

Looking to improve your data visualizations? Check out this ultimate guide, which covers everything from the history to popular tools and migrations consider considerations. Learn why data visualization is important, how it can help you make better sense of complex sets today

What is Flutter and the Advantages of Using Flutter
Written by:

Flutter is a cross-platform software development kit (SDK) for mobile app development that was created by Google. Flutter uses the Dart programming language to enable developers to build for iOS and Android devices.

How to Set up a Continuous Integration & Delivery (CI/CD) Pipeline
Written by:

What is Web 3.0 and How Can Your Business Catch the Wave?
Written by:

What is Web 3.0 and how can your business get involved? In this article, Azumo explores the different facets of Web 3.0 and opportunities for various businesses to get involved.

What is a Chatbot
Chike Agbai
Written by: Chike Agbai

Chatbots are designed to process voice and text-based commands and perform predefined actions. They lift our productivity when done right and drive value.

Companies are finding that the Alexa Skill and Google Home libraries are an excellent place to provide useful conversational apps that not only enhance the user experience but also promote their company's brand image.

Many companies are taking the idea of remote work even further, searching for nearshore working solutions. Read on to learn why nearshore programming is the best option for your company!

Top 6 Things to Consider Before You Outsource Your Software Development
Written by:

Top 6 Benefits When Migrating to the Cloud
Written by:

Still using Traditional IT Infrastructure? We share 6 Benefits of migrating to cloud services like AWS or Azure.

Top 10 reasons to migrate from .NET Framework to .NET Core
Written by:

Azumo is a San Francisco based nearshore software developer with presence in Argentina, Dominican Republic, and Uruguay. We create intelligent web, cloud, data, and mobile applications that benefit our clients' businesses.

Power Your Application with a modern database and data warehouse
Written by:

Modern database and data warehouse platforms provide scale and the ability to process big data, which is now a common buzzword used by a wide variety of organizations.

Back End software developers can determine the optimal layout for the website, write the code that powers the website, manage the server that collects information from users and create a content management system to house that user information.

Scale Your Software Team with Azumo. Speak to Us!

Take advantage of our software development services to cost-effectively scale faster, innovate more effectively, and embrace the digital transformation of your company.

‍Find out why over 90% of our business comes from referrals and customer expansions.

Contact Us
Work with Expert Software Developers
Thank you! Your submission has been received!
Oops! Something went wrong while submitting the form.