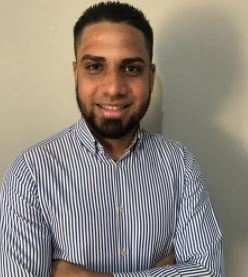 I have over 5 years of experience as a seasoned software developer. I have demonstrated excellence in the design, development, and support of live web-based applications while working with functional internal and external teams. I'm adaptable and can work in both teams and self-directed settings. I've discovered a strong interest in technology, and I'm constantly expanding my programming knowledge and skills. C#, VB, Apache Solr, JavaScript, Azure DevOps CI/CD, Angular, Razor, jQuery, Oracle Pl SQL, PostgreSQL, SQLServer, Entity Framework,.Net Core,.Net Framework, Apache Solr, Jmeter, Azure DevOps, Jenkins, HTML/CSS, and others are among my skills..

I worked on a project for a large customer, analyzing and completing tasks in.Net technologies. I was in charge of modifying and bug-fixing the current system, which was written in VB.NET. During the implementation of assigned tickets, I also worked on improving the system's performance. Worked on modifying the system to work with multiple clients and databases, as well as separating some functionalities for each client. SQL Server databases were used to interact with multiple clients.

C#Worked on multiple projects, mostly involving .NET and JavaScript technologies. In one of those projects, I was responsible to develop APIs to facilitate communication between mobile and web applications. The platform was built to generate sales orders from an industrial hardware store. Technologies such as Apache Solr and an eCommerce Framework were used. Adopted a Test-driven development approach for building the platform. For one other project, I was responsible to migrate a system from basic 6 to .Net Core. I also implemented CD/CI with Jenkins and made deployments to production in each Sprint.