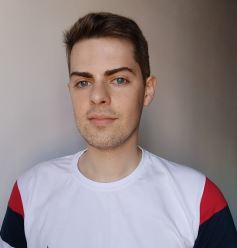 Santiago has around 5 years of experience as a backend engineer and a degree in Computer Science and Informatics Engineering. In addition, he completed several professional certification courses in Robotic Process Automation (RPA) and Bot Development. He has extensive knowledge of Python, Eclipse, VSC, Automation Anywhere v11, Automation Anywhere vA360, VBS scripting, Jenkins, and SQL, among other technologies. He is fluent in English, has excellent time management abilities, and has worked in an Agile development environment.

As a backend developer, Santiago developed Python solutions to create automated processes. His previous project included the development of new scripts and also support/refactor old ones for better performance following best programming practices. It was essential to use EC2 machines, AWS Bucket, Docker and MySQL connections.

As an Robotic Process Automation developer, Santiago developed automated processes in Python. He was able to automate tasks involving Google Cloud environments such as Drive and Big Query, as well as manage projects.

During his time at Ataway, Santiago created automated solutions for a variety of projects, both to support and improve pre-existing automations and to create new ones. He had the opportunity to automate processes that used Excel, Outlook, Access, SAP, PeopleSoft, Public Web, Internal Web ERP, Java applications, SQL, PowerShell scripting, VBS scripting, and Python scripts among others. He was assigned to both local projects in the region and international clients, including a US-based company, with whom he had daily communication to understand the needs of new bots and send the status of the processes.