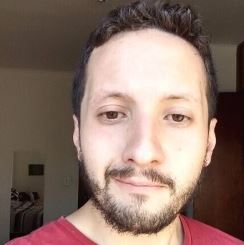 I have more than 13 years of experience as a developer with experience in various technologies. I've strong verbal and written communication skills and have the ability to quickly adapt to new technologies. I am a creative thinker with strong analytical skills who can think strategically. I take responsibility for my work and make certain that tasks are handled and completed on time. I enjoy working with people from various cultural backgrounds and creating a positive work environment. I enjoy working in technologies such as Python, JVM (Java, Scala), Javascript, C#, PHP among others.

I'm currently employed at Azumo as a Full-Stack developer, where I work on vector databases for search engines. Python, Haystack, Milvus, and Docker are some of the technologies I'm using for this. Prior to this, I was involved in the development of two products that used artificial intelligence to monitor employees. The products were created with Python, Flask on the backend, React on the frontend with a PostgreSQL database, and Python client applications.

Worked as a support engineer, dealing with anti-money laundering software and assisting IT teams from various US banks. I was in charge of implementations and patch creation for various solutions. Worked in a variety of departments within the company, including development, database performance, and customer service. Used technologies such as Docker, Kubernetes, T-SQL, PL-SQL, Java, React, Scala, Docker, Tomcat, Oracle, SQL Server, Linux, AWS.

I worked in a digital agency that creates websites and mobile applications, and during my brief tenure there, I assisted in the management of the development team. My responsibilities included introducing scrum to the team for two large projects, as well as keeping in touch with the agency's clients. Used technologies like React, Vue.js, Laravel, MySQL, Node.js, Amazon AWS, Docker.

I worked for a multinational corporation that collaborates with large mobile operators. I worked on a variety of development projects, ranging from mobile applications to large web applications. The technology stack included T-SQL, React, SQL Server, PHP, Node.js, HTML5, CSS3, and AWS.

I worked on developing applications for VoIP telephony. the company had created an application that worked with Asterisk. My responsibilities included developing new functions as well as providing support to customers who had purchased the solution. I used Asterisk, PHP, Codeigniter, Linux, MySQL as the technology stack.

Worked with Satelitrack, a company that sells GPS trackers for vehicles. We built a web application from the ground up where customers could log in and see the current location of their vehicles. I assisted in the installation of the servers where we received the locations and all of the logistics to keep the service running smoothly. PostgreSQL, PostGIS, PHP, Jquery, and Linux were among the technologies I worked with.

Worked with a digital agency on creating on-demand applications. Helped on several fronts, from programming to database layout. Used .NET, SQL Server, PHP among others as the Technology stack.