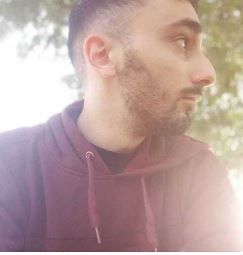 Patricio is a full-stack developer from Argentina with five years of software development experience. He's an easy-going, positive, open personality. He has been working with React and Node for 4 years now and started his career with PHP and C#. Good background in Scrum and Kanban. He also has experience with React Native, Postgres, AWS, Kotlin, and Firebase.

As a full-stack developer, his responsibilities include:

PacPost-shareplay was a prototype app that enable users to create folders and upload videos to the PacPost cloud. It was created using React, styled components, and redux. We decided to use Firebase because the client was hesitant to use a backend (google functions and firestore mostly).

GoodLab is a startup that categorises businesses based on environmental, social, and governance criteria. We built the website with React and styled components, and we used NodeJS and mySQL on the backend.

Nuelife is a project for people with low mental wellness. Patricio was a member of the engineering team, where he worked with technologies like React and Material UI on the front end, Java and Postgres on the back end, and some AWS services (ECS, Codebuild, Codecommit).

Uforia is a broadcasting Android/ iOS app owned by Univision. Patrico was part of the development team for this application and used React Native, Angular for the CMS and Java with spring.

Campeak is a startup that solves common campings problems such as checkin, checkout, electronic billing and payment control. During Patricio's tenure at Campeak, he worked with technologies such as React/Redux, and some AWS services such as AWS lambda (nodeJS) and DynamoDB.