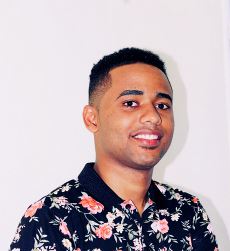 Omar is a Full Stack Developer with four (4) years of professional experience in building highly scalable software applications. He has experience with all stages of the development life cycle for dynamic web projects. Omar is self-motivated and attaches high value to self-learning. His soft skills include creativity and innovation while doing the work. He has experience working with React, JavaScript, Node.js, PHP, and .NET Core. Omar has strong experience working in an Agile development environment.

As a full-stack developer at Azumo, he has been working extensively with Modern React.js and Typescript. He recently built a collection of portals and libraries within a Monorepo. During his tenure, he used a variety of libraries, including Styled Components, Storybook, Cypress, and others. He was able to quickly change the development approach in response to the business's pace.

Enhance student applications and develop new tools to enhance the learning experience. During his time as a developer at UNAPEC, he worked on a variety of web applications, including:

His responsibilities as a software developer included: