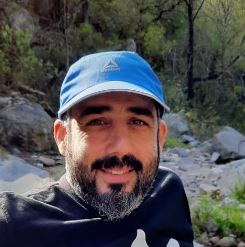 As a Senior Backend/ DevOps Engineer, his responsibilities include:

He worked as a technical leader before being promoted to Chief Infrastructure Engineer, where he integrated the Animal Traceability application with some custom backend APIs to SAP. Developed the entire Animal Traceability platform as well as additional applications for small to medium-sized businesses. Built integrations and utilised services such as IoT and RFID. Hardware integrations were made in Arduino and Raspberry Pi.