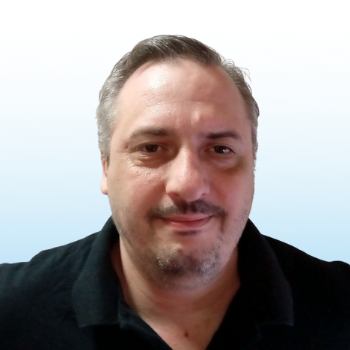 JP is a technical leader with over 25 years of experience in the software development industry. In his career, he has had the opportunity to work with several companies that operate in varying industries from Fintech, Entertainment, Advertising, Healthcare, to IT Services. JP joined Azumo in 2016 as a senior developer and quickly rose to the role of a senior adviser and architect working with companies like Facebook, Discovery Channel and Zynga advising and developing leading edge software. At Azumo, JP is also the chief architect for several proprietary solutions including a SaaS based offering called HealthyScreen. This is a SaaS solution that helps re-opening businesses do so safely through daily pre-work employee and guest health screenings. HealthyScreen has delivered well over one million screens since its inception.

Before joining Azumo, JP co-founded Codefoundry Argentina as part of a joint venture that had him shuttling between Argentina and Ireland for several years. He ran all aspects of the business operation in Argentina, including Sales, Engineering. Main verticals were Gaming (mainly Slot Machines for Las Vegas casinos), embedded Software ( medical instruments), and high transaction processing systems.

JP was an early employee and was able to quickly rise to the position of Lead of Engineering, handling all non-Microsoft development teams in Argentina and Chile. Early Mobile, Java and PHP applications were developed under his supervision. Trained 30+ Junior developers inside his unit. Verticals were varied as this was the dot com heyday.