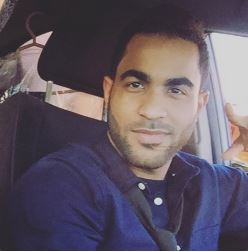 Dedicated and efficient full stack developer with 7+ years of hands-on experience designing, developing, and implementing applications and solutions using a range of technologies and programming languages such as JavaScript, jQuery, Node.js, .NET Core, ASP .NET, Visual Basic, Xamarin, Html, Angular, TypeScript, SQL Server, Oracle, and more. I enjoy working on challenging projects because it gives me a sense of accomplishment when they are completed successfully. I've strong experience working in an Agile development environment.

In Azumo, I'm working on client projects using ASP .NET and SQL Server as the main programming languages. Carried out different types of development tasks that include the use of tools like Visual Studio and SQL Management Studio, while using Visual Basic as a programming language. Creation of technical designs, monitoring of the development of the project, and implementation of the structure implemented in it. Implement the environments (development, test, pre-production, and production) finally analyze and correction of the source code developed.

Worked as a Back-End developer for Eastern Central University. Used ASP .NET MVC and SQL Server as the main programming languages. I was responsible for the development tasks that included the uses of C# and frameworks like entity framework and Angular.JS.