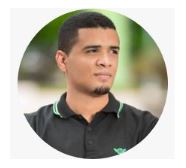 Juan is a Senior Software Engineer with over 5 years of experience in software development, with expertise in C#, ASP.Net, Java, Spring Boot, JQuery, React, S3 and asset management, CI/CD development, PL-SQL, Microservices, and Backend. Juan is self-motivated and values self-education highly. Work-related creativity and innovation are among his soft skills. Juan has a wealth of experience working in an Agile development environment.

Juan was part of the development team for an international supermarket chain. The project involved was responsible for serving as a set of forms so that the processes are in accordance with the most modern market standards. He used tools on the front end like React JS, Typescript and MongoDB. In the back end they used Java 11 and Spring Boot. He worked as a part of an organized SCRUM team

As a Backend engineer, he was responible for the following:

As a backend .NET and Java Engineer, Juan was responsible for creating and maintaining web forms in order to improve the company's clients' processes. He used Oracle, .NET, Java, Web Forms, and JQuery as the tech stack.

As a C# engineer, Juan was in-charge of solving customer requirements for the development of a Social Security affiliate benefits system. He used C#, JQuery, SQL Server, and Reporting Services to build the solution.