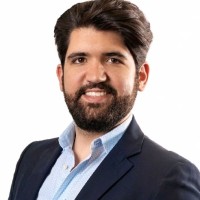 Guillermo has over 4 years of experience as a Data Scientist and Software Engineer. During his career, he also served as the Chief Development Officer (CDO) and Co-Founder of a Video-Game Startup. His expertise is centred on Python, specifically Flask, Fast Api, Spark, PostgreSQL, and other SQL; he has also worked with TensorFlow, Keras, Scikit-Learn, PyTorch, PySpark, OpenCV, Django, Git, Docker, Kubernetes, MongoDB, AWS, and GCP. He recently led a Data team of five people, including himself. As a Co-Founder for his startup, he led and assisted his web development team of about ten developers, among other duties such as working as an unofficial product designer. He has worked with SCRUM and led projects using Agile methodology. Despite his primary expertise in data and backend development, he can also handle frontend development with Django and React.